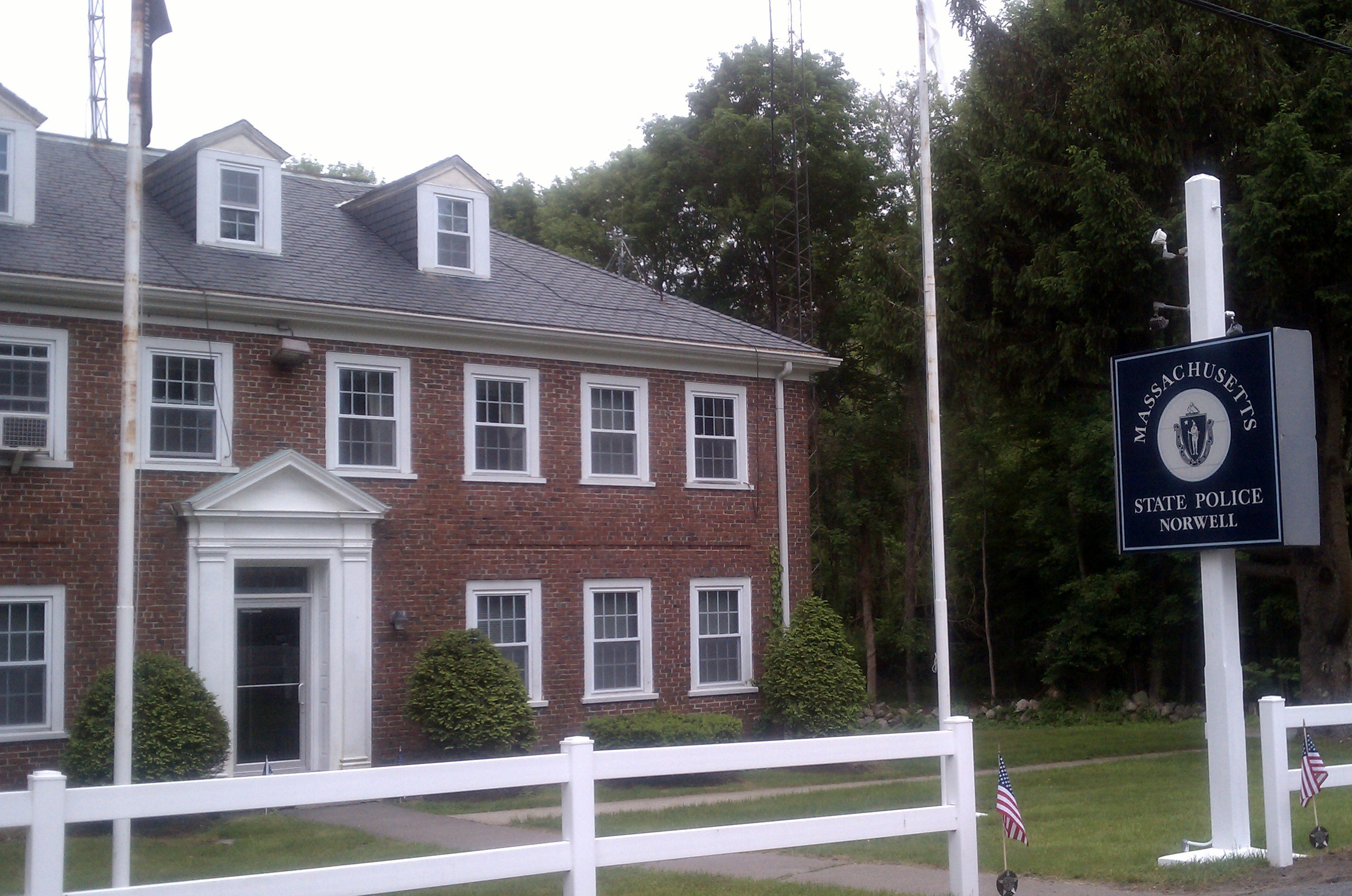 According to the Massachusetts State Police, the agency was originally called the “State Police Patrol” in 1865 and is the oldest State Police organization in the country. 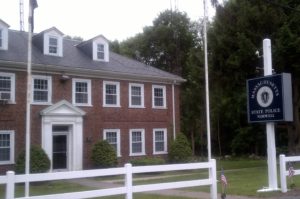 According to the Massachusetts State Police, the first Troop D headquarters for Southeastern Massachusetts was situated in Norwell. The original building consisted of just one room without even a toilet or running water. One luxury afforded to the Troopers was a cook who provided a… hot breakfast each morning. The Norwell barracks was relocated in 1923 to a more suitable location which offered four bedrooms, a kitchen and an office.

Practically all of the early Massachusetts State Police patrols in the 1920’s and early 1930’s were covered on horseback, with only 50 troopers covering the entire Commonwealth

A typical tour of duty would take the trooper away from his barracks for about five days. The trooper would ride from town to town, stopping for the night wherever suitable lodgings could be found. Then the trooper would return to the barracks for a few days of report writing, cleaning equipment and getting some rest. In the mid to late 30s, motorcycles were the main mode of transportation. 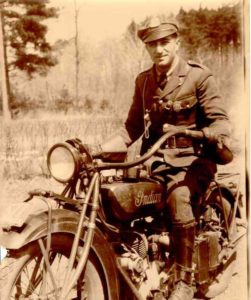 In 1933 the Massachusetts State Police wanted to leave Norwell for a location closer to the main thoroughfare, which was Route 53 at the time, however this decision was recinded and in 1935, and a new barracks on West St began construction, where it still remains today. According to Samuel Olson’s book “A Narrative of South Scituate & Norwell, Norwell resident Ernest Sparrell was largely responsible for keeping the State Police barracks in town. In the 1930s, the Massachusetts State Police had roughly 250 troopers that covered the entire State. 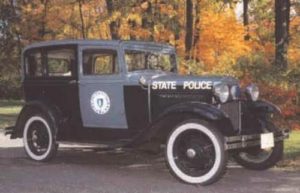 In the mid to late 1930’s, Troopers starting using motorcycles as their main mode of transportation though they had a few early model cars

During the 1940’s, and WWII, the Trooper ranks were reduced due to enlistment and the remaining ranks worked upwards of 84 hours per week, lived in the barracks. and after the war as auto production ramped up again, Troopers began using more automobiles “cruisers” as they are commonly called. This typical work week and live-in barracks scenario continued up to 1971 until the Governor mandated a 40-hour work week and discontinued live-in barracks. 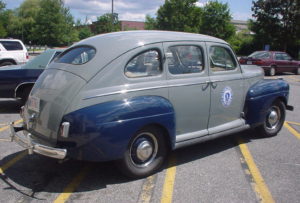