The Norwell Special and Annual Town Meeting held on May 8, 2017 is in the books and was a successful and mostly agreeable democratic process. Essentially, there wasn’t much fanfare about this years Town Meeting and no major warrant articles that brought out the crowds to support or defeat anything in particular. 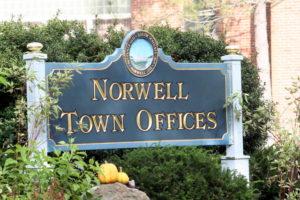 Norwell town meeting voters approved a $52,217,832 operating budget, of which $26, 582,221 or 56% of the town’s FY18 budget is for our public education and school department. Norwell schools represented a 3.49% increase in the budget. Norwell’s overall budget increased from $50,495,304 in FY17 by $1,722,528. Of note in the FY18 budget, the town’s health insurance jumped approximately $470,000 to $5,959,592. According to Town Administrator Peter Morin, the significant increase in the health insurance line item was due to the new utilization and prescription costs. In the past, Mayflower Municipal Health Group, the town’s carrier subsidized increased costs with cash reserves, but not this year. According to Morin, “the Town will explore changing providers or negotiating changes in plan design to contain costs”. Norwell still benefits from a AAA bond rating, which equates in savings on debt and bonding projects and helps all taxpayers in Norwell. 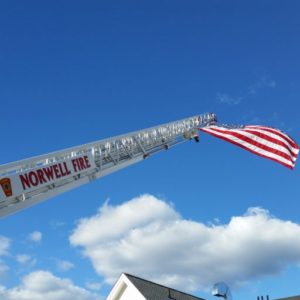 Other budget line items of note is the Regional Dispatch Center, which increased to $456,124. When Norwell discontinued it’s own police and fire dispatch and agreed to join the Regional 911 Dispatch Center in Hingham, it was sold to voters as a large cost savings in future years. With the annual cost of belonging to this emergency dispatch consortium continues to increase significantly plus the added cost of having full-time Clerks staff the Police Station 24/7, which amounts to a budget line item of $288,759, plus health insurance, plus future pensions and plus other post employee benefits, this scenario is one worth watching closely as a future budget buster. One concern is what if one of the other communities drop out of the regional dispatch center consortium and Norwell is left holding a larger piece of the operational costs.

In terms of warrant articles of note, Norwell Town Meeting approved Article 8, which authorizes the Town to borrow $1,600,000 to repair and resurface roads and to repave the Vinal Elementary School parking lot. Town meeting also approved Articles 10 & 11 with respect to the “proposed” new Norwell Library. In essence, Article 10 approved a very early draft of a conceptual plan of a new library design and Article 11 approved the town of Norwell to apply for a State grant to construct a future new library, and if approved, would cover the cost up to 40% of a new library. These approved articles do not bind the town to construct a new library, as the final decision would come in the form of a future vote at Town Meeting and a vote at the polls. The estimated cost for a new Norwell library could exceed $9 million dollars, however there are no firm numbers at this time. 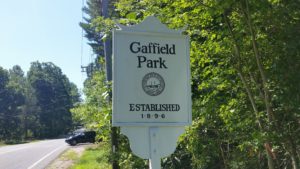 Norwell Town Meeting also approved Article 14, which expends $180,000 to upgrade and improve accessibility issues at Gaffield Park. This is a very busy park for youngsters.  Article 17 was also approved to expend $40,000 to hire a consultant to conduct a feasibility study for a future Grove Street access to Wompatuck State Park, of which Norwell’s footprint contains over 520 acres in the park. This access point would potentially provide for a small parking lot and connection to over 25 miles of trails in Wompatuck, which has over 1,300 acres.

Article 33 of the Norwell Town Meeting considered banning all Marijuana that is not medically prescribed, which was overwhelmingly supported. It was also supported 2 to 1 at the polls in the following weeks. Whether or not Norwell will ultimately have any legal right to “ban” these types of recreational use facilities, since it was overwhelming passed on the State level as a referendum question, is yet to be seen, however, it does send a message.

Article 36 was overwhelmingly supported at Town Meeting, which amends the prior zoning bylaw regarding OSRD definitive subdivisions, similar to that of Wildcat Estates. Going forward, Open Space Residential Subdivisions will no longer be able to exceed the maximum amount of house lots available under a traditional subdivision plan, complying with Planning Board rules and regulations.

Also approved under the Special Town Meeting agenda was Article 11, which approved $150,000 to be expended by the CPA (Community Preservation Fund – a 3% tax that is collected in addition to your real estate taxes, to be used for certain preservation, recreation and public affordable housing projects in town) to remove lead paint from the apartment side of the Jacobs Farmhouse, which has in the past has been rented. There was some additional discussion on this Article as some Town Meeting members thought it was an expensive undertaking for a rental apartment. Some quoted that the Fire Chief, Health Inspector and Building Inspector purportedly stated that the unit had other more important code violations that would need to be corrected. In any event, the Article passed and the apartment will be de-leaded at a future date.

Until next year, that is the 5 minute overview of the 2017 Norwell Special and Annual Town Meeting.